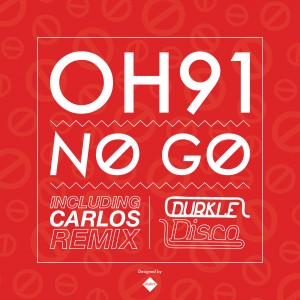 There is so much more to the little heart of the south west known as Bristol than the ‘Bristol Sound’ – existing at the cutting edge of electronic and bass music for the past two decades, it is a rich tapestry encompassing a multitude of sonic stylings.

One particularly colourful thread in this illustrious history belongs to OH91 (“oh-nine-one”). This young Bristolian producer is accumulating quite the following in his home town, with ears starting to prick further afield. Known for his varying production style incorporating traditional Garage, Grime and Dubstep flavours with his own undeniable twist, previous Durkle Disco release ‘Colours’ and his remixes for cult Bristol hip hop group The Bastard Sunz have seen his stock raise considerably, with a plethora of blog and press coverage for his unique slant on the ‘Purple’ sound.

OH91’s second release on the Durkle Disco imprint sees him broaden his melodic soundscape even further, dipping his toes into a trail currently blazed by fellow Bristolian Julio Bashmore, whilst retaining all of the qualities that have seen his recent ascendancy. Bass-indebted House pads meet a blissed-out bounce which jitters along through stark hats. Add a further vocal layer which invokes the best of Garage’s yesteryear and you have ‘NoGo’. It is a sound which sits comfortably within modern Bass Music archetypes, whilst still remaining distinctly his.

The flip side sees long time friend and part-time collaborator Carlos on remix duty. Another up-and-comer in the Bristol music scene, Carlos is known for his aggressive Grime rhythms and bass heavy production. Here he steps out of his comfort zone, blending the original vocal stab with a bass bin shattering resonance, accompanied by a bustling two-step scuffle. Replacing the originals House driven beats with a vibe that leans more toward Garage, Carlos introduces spacey synths, creating a genuinely unique slant on the mesmeric original.